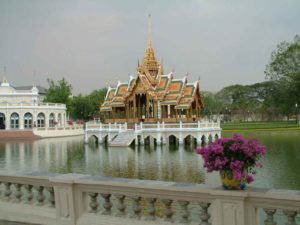 Bang Pa-in Palace: Bang Pa-in Palace was originally established as a royal residence by King Prasert Thong near his mother’s home in the early 1600s; Bang Pa-in Palace fell into ruin after the fall of Ayutthaya. Re-established by King Mongkut in the late 1800s and further expanded by King Rama V, the palace grounds contain a variety of beautiful European, Chinese and traditional Thai buildings, including some of the best-known structures in the Kingdom.